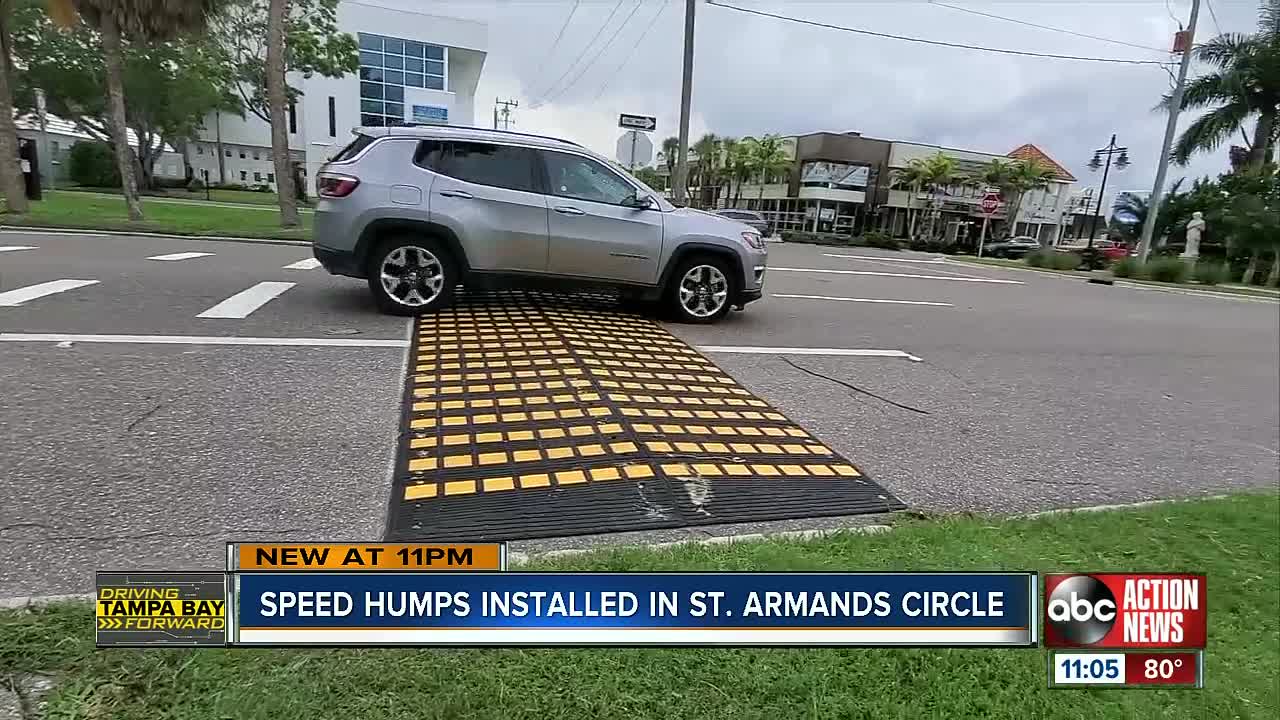 This week, the Florida Department of Transportation started installing speed humps along S.R. 789 in the vicinity of St. Armands Circle in Sarasota. 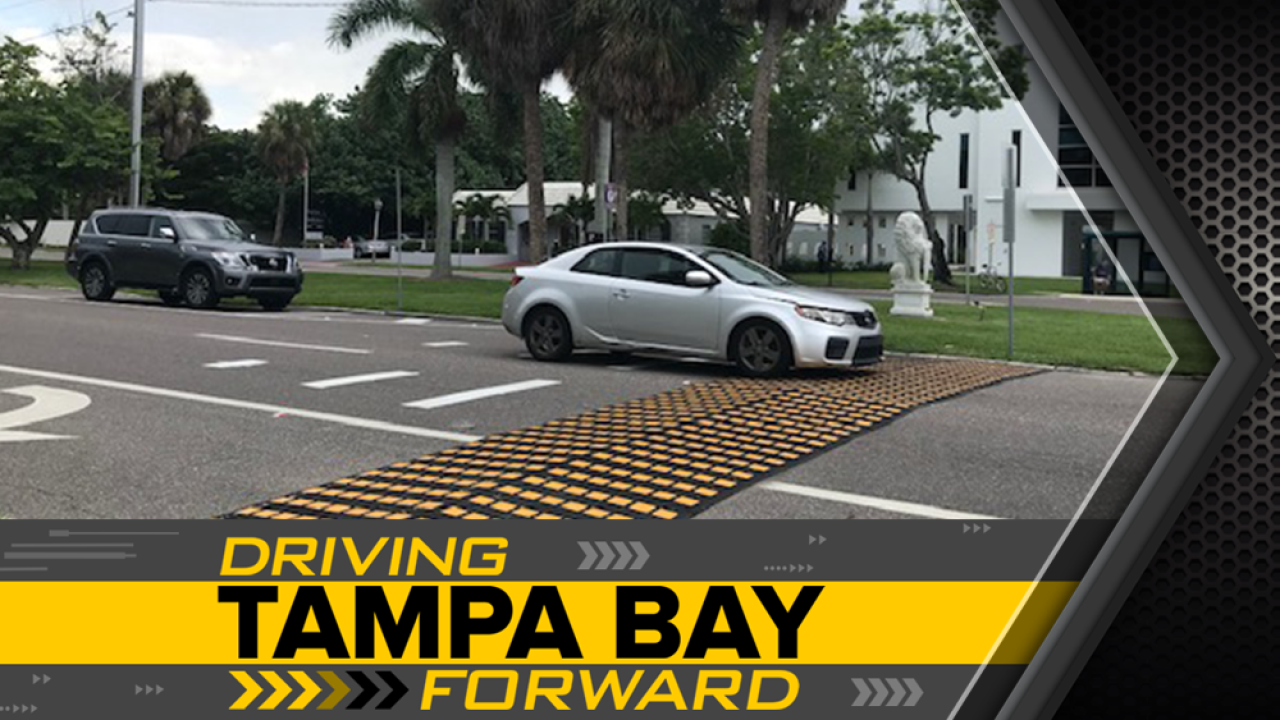 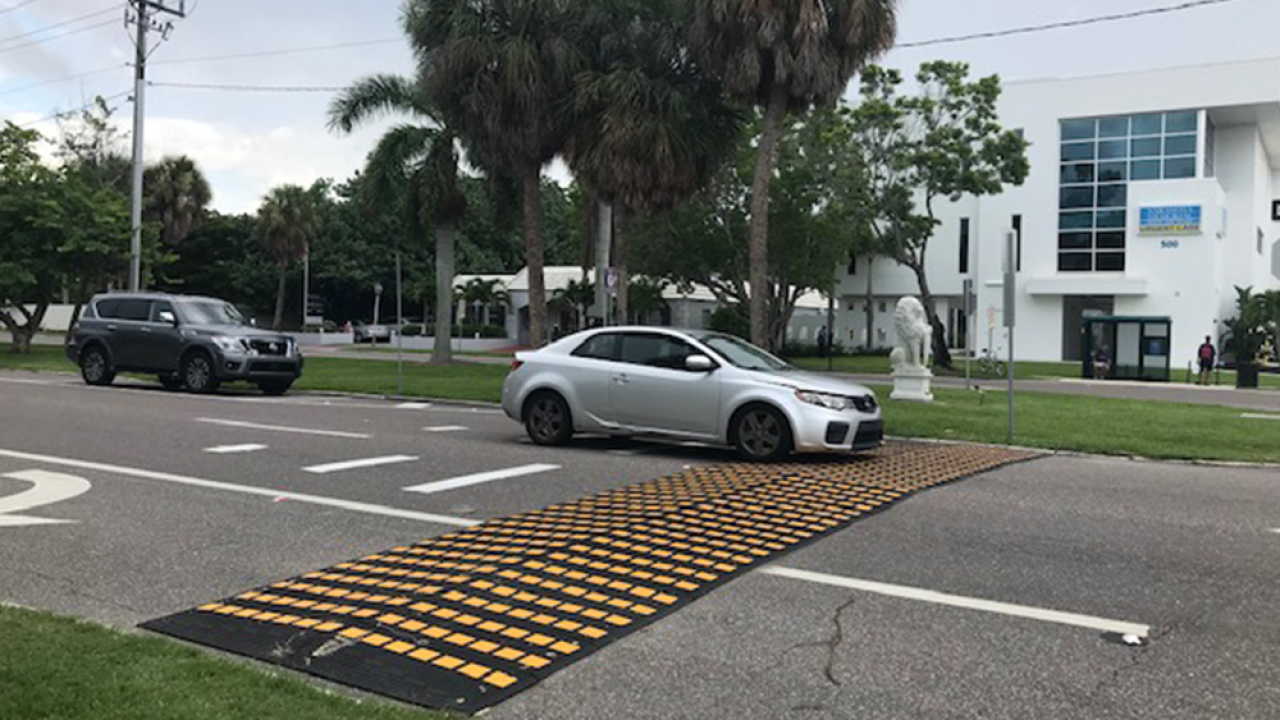 SARASOTA, Fla. -- This week, the Florida Department of Transportation started installing speed humps along S.R. 789 in the vicinity of St. Armands Circle in Sarasota.

The City of Sarasota and the St. Armands Circle Association requested improvements around the circle to make it safer for pedestrians.

The project is estimated to cost $40,000 and the speed humps will be installed at 8 locations.

Crews have begun installing them overnight.

"We’ve had three pedestrians hit in my 20 years that I’ve been here and some may say we’ll that’s not much. In my mind, one person hit is way too much," said Diana Corrigan, Executive Director of The St. Armands Circle Association.

Diana Corrigan with the St. Armands Circle Association has worked with transportation officials to make improvements around the circle.

"The goal is to keep not only the pedestrians safe but the drivers safe," said Corrigan.

The speed humps, which are made of recycled and synthetic rubber, are a temporary solution to determine the feasibility of constructing permanent raised pedestrian crosswalks and raised intersections within and adjacent to St. Armands Circle.

Corrigan would like to see raised pedestrian crosswalks in the future.

"Our ultimate goal is installing raised crosswalks around the circle," said Corrigan.