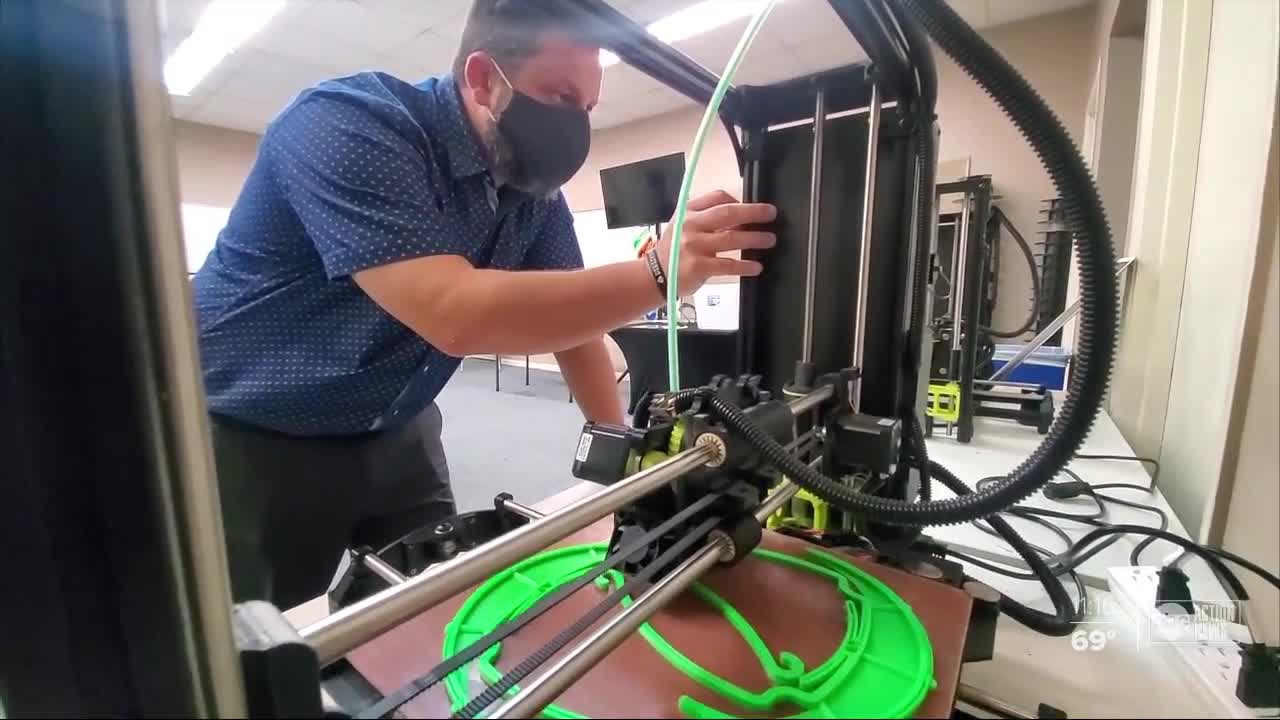 Tucked away in a Seminole Heights church are two rooms with 14 3D printers working non-stop. 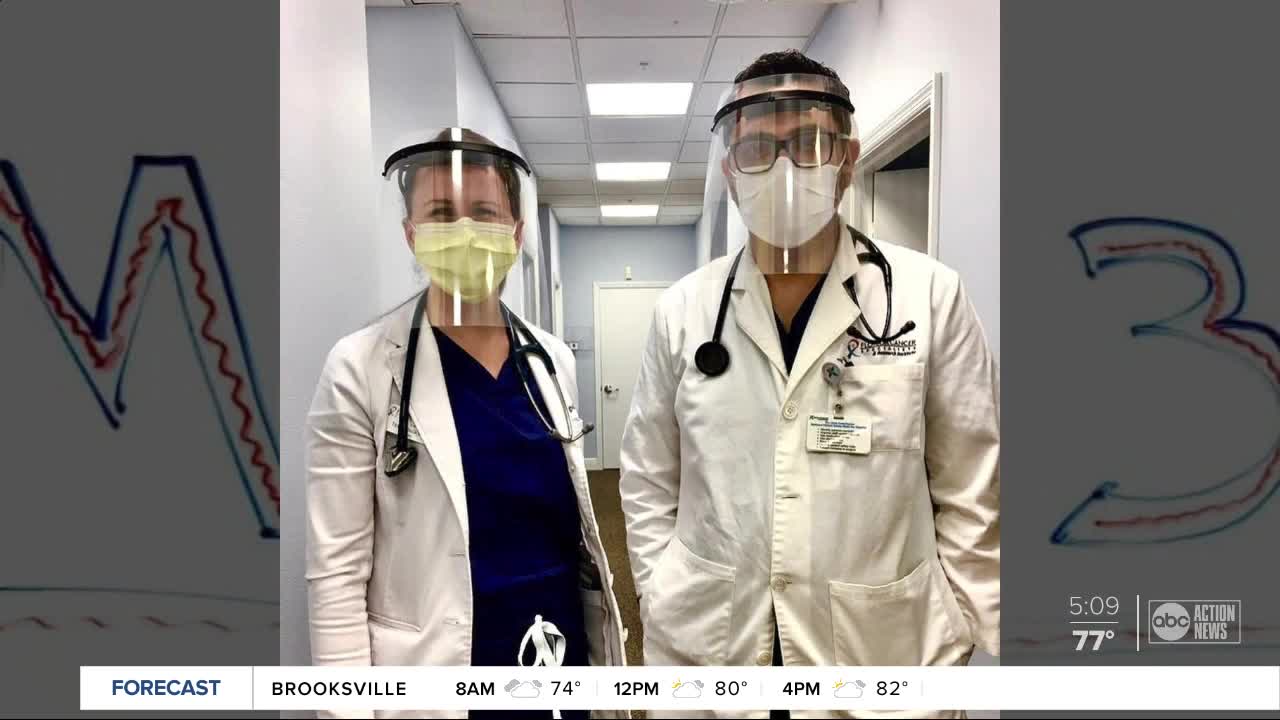 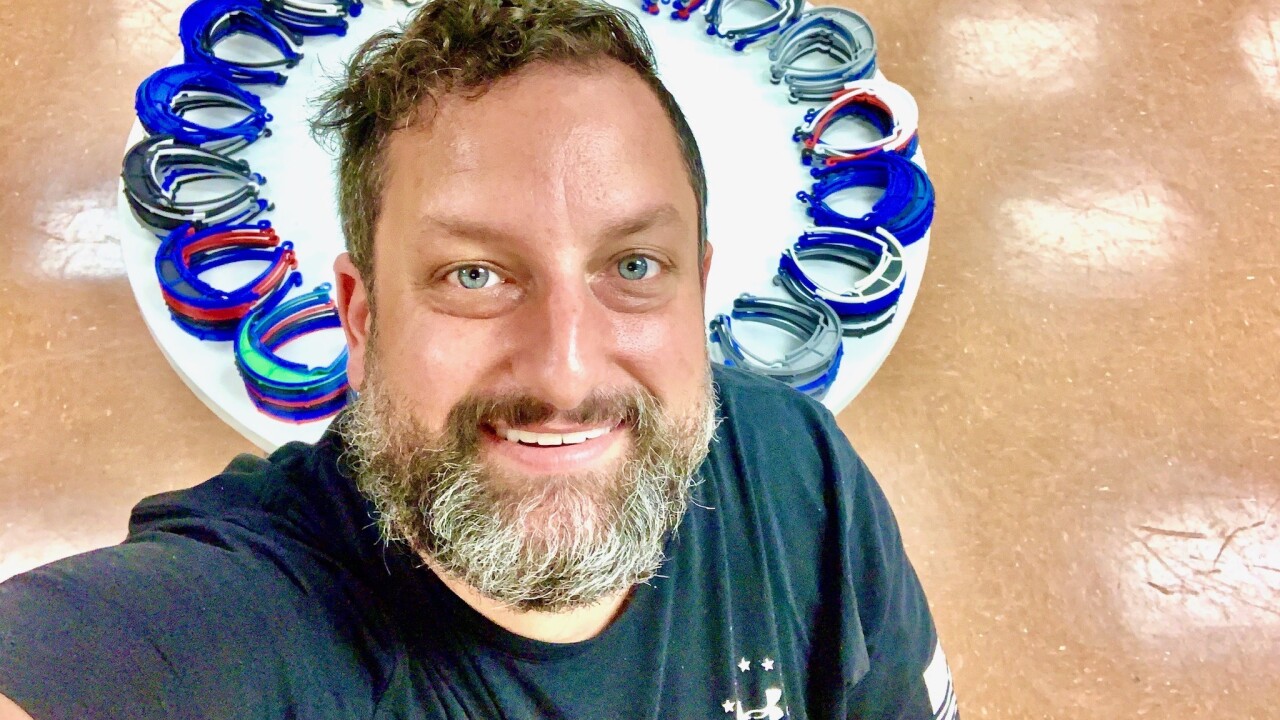 The hum of the machines fills the rooms for 24 hours a day, 7 days a week.

As of April 22, MRG 3D has produced 13,000 face shields for health care workers and first responders in Tampa Bay.

Guinn is the expert on these machines. In his day job, which he is still doing from home, he works for the Department of Defense.

When Guinn heard our medical professionals did not have the proper equipment, he went to work.

He recruited about a dozen or so volunteers, with the support of his community, and a space in a church to have a legitimate manufacturing site.

"We're 3-D printing what we're calling halos," explains Guinn. "It's a plastic part that fits on your head and then we have .016'' plastic sheets that fit into them and call that a face shield."

Seems simple enough, but these pieces of plastic are lifesavers for so many medical professionals throughout the Tampa Bay area as they battle COVID-19.

Guinn modified an open source design to reduce waste and decrease material use. That allows him to print two items at once.

It takes roughly an hour and a half for the machines to print the two halos.

"We're generally doing about 500 pieces per day and bringing them to local hospitals every day," says Guinn.

Once the "halo" is done, it is brought into the packaging room for placement.

In each box, there is a bag containing the 50 "halos" plus the plastic sheets. The bag protects the items from touching cardboard.

ABC Action News was there Tuesday as a Tampa General Hospital director picked up 200 face shields.

"It’s staffed entirely by local volunteers that are working 24/7 around the clock so that they can help support the frontline medical staff," said Dustin Pasteur.

Others came wanting to help, but there is a strict process to be a volunteer. Guinn is limiting the amount of people involved for health reasons. The dozen or so volunteers wear gloves, masks and get a temperature check every time they step in.

"We had to do something for our local medical first responders," said volunteer Tim Keeports. "We’re putting in about 40 hours a week here personally."

If someone has a 3-D printer, there is a Facebook group to network. The external printers go through a lab and then through him for quality control.

"Since we're delivering such volume to all the local hospitals, they're really able to take advantage capitalize on that and get it into their distribution system and distribute it across their workforce," explains Guinn.

Right now, these shields are life saving. Guinn expects to be having these printers running for at least another month. But, that takes money.

The ABS filament used to print these is expensive and they are going through a lot.

"Material costs are high. This is not normally how you would make these," says Guinn.

He is accepting donations through Paypal and Venmo, which you can find on his Facebook page.

But, he wants to give back to the community in another way. He's starting an Adopt-A-Printer program. Donors can name the printer and get daily updates on how much that printer is producing.

"Potentially how many people they helped save their lives because of their donation," says Guinn.

After all of this is over, he wants to donate that printer to an organization of the donors choice. Guinn will teach that organization how to use it and if he ever needs a team of 3-D printers again, he'll have a team of other experts, too.