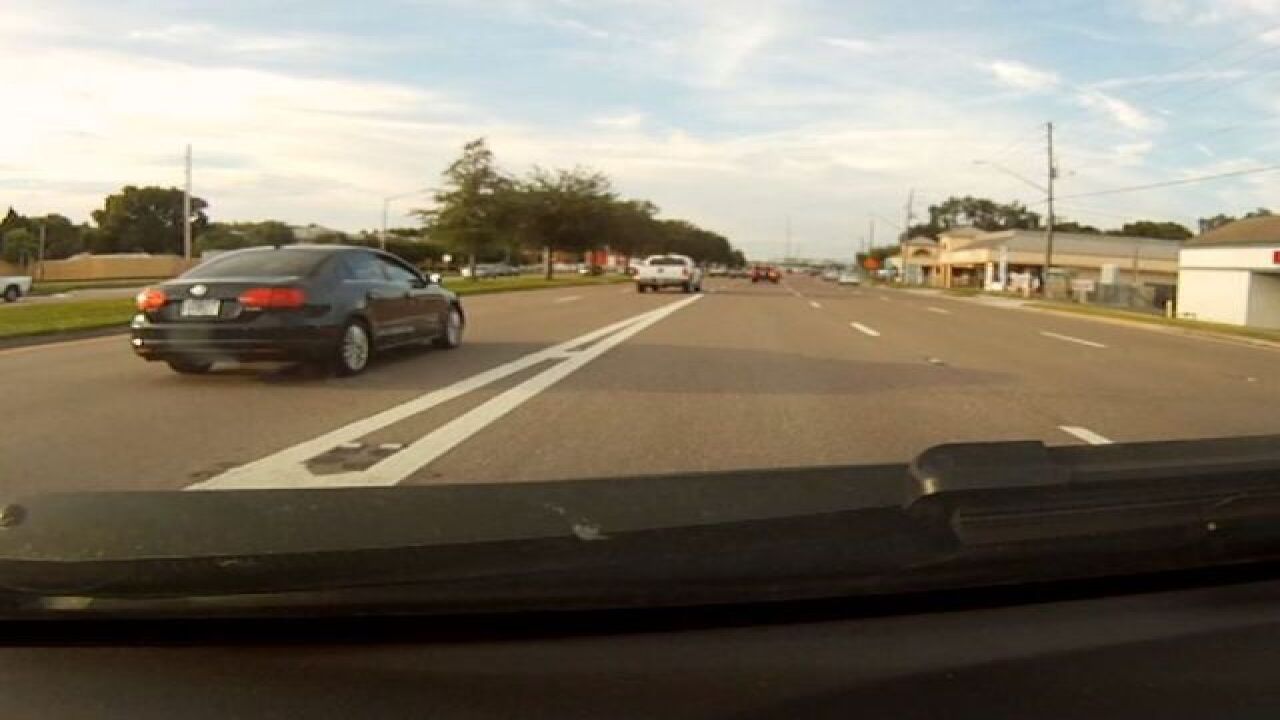 Jacquie Brethen drives in defense mode on every approach to the merge at US 41 and north Dale Mabry in Lutz. But even defensive driving could not protect her from a crash.

We requested crash data from the Pasco County Sheriff's Office and found 215 car crashes at the merge in the last five years.

The Department of Transportation conducted an environmental study earlier this year. The report lays the ground work for an elevated interchange at U-S Highway 41 and State Road 54 a congested intersection  and part of the problem that lies a quarter mile ahead of the merge. But the project is years and millions of dollars away.

Of the more than 200 crashes reported at the merge since 2010, more than 20 of the collisions involved injuries. We first asked DOT about the number of accidents in July. Shortly afterward the agency conducted a traffic study.

Here's what they found. In the span of just eight hours, more than 25,000 drivers converged on the northbound merge earlier this month. The state also studies weaving.  Many of the collisions occur when drivers jockey to the far right or left as they approach the intersection of State Road 54.

Now, after our inquiry and the traffic study, DOT says it will tweak two red lights closest to the merge, one on 41 and the other on Dale Mabry.

The time change will take place within the next two weeks. Next summer, another signal will go in at North Dale Mabry approaching the merge.  The goal, to give drivers more space and time to get into their lane of choice.

Commuters we spoke with welcome another red light in the name of safety.