Joe Biden: 'I think I'm the most qualified person in the country to be president' 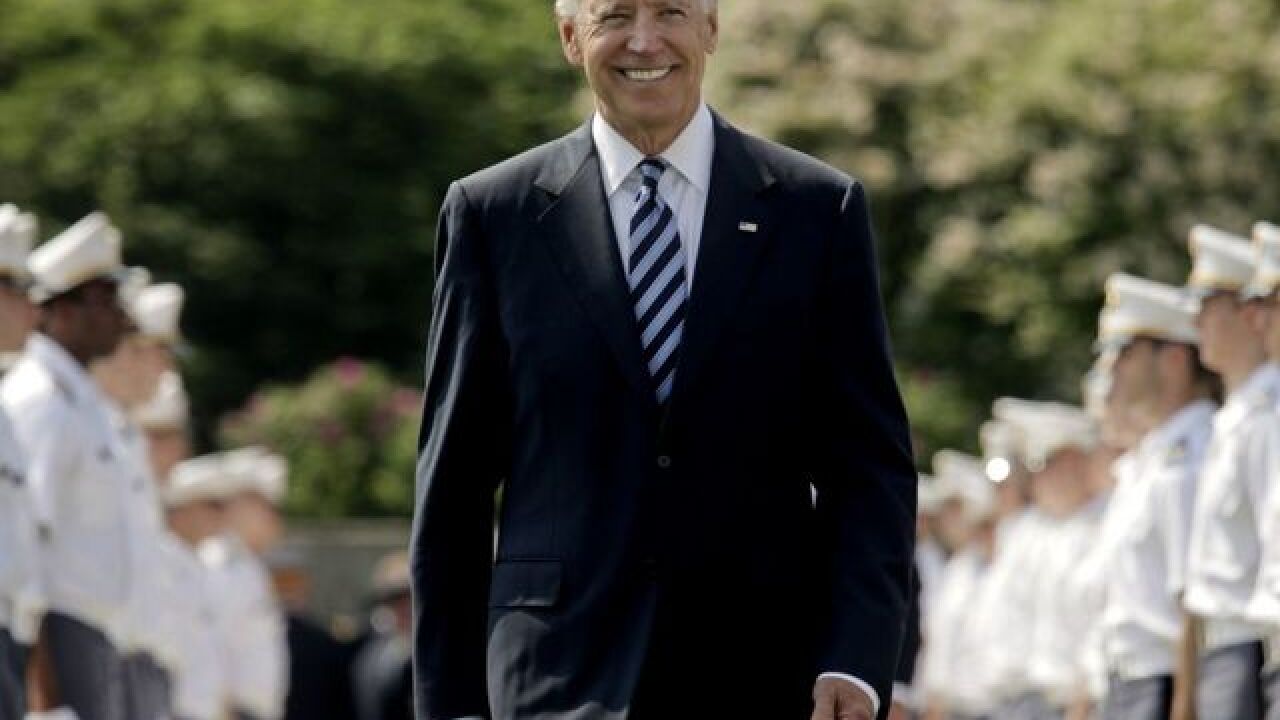 During a stop for his book tour in Missoula, Montana, Monday night, former Vice President Joe Biden discussed his 2020 prospects, saying he believes that he is the "most qualified person" to be president, noting a decision is coming in the next two months, and acknowledging he's a "gaffe machine."

"I'll be as straight with you as I can. I think I'm the most qualified person in the country to be president," Biden said to applause at the University of Montana. "The issues that we face as a country today are the issues that have been in my wheelhouse, that I've worked on my whole life."

"No one should run for the job unless they believe that they would be qualified doing the job. I've been doing this my whole adult life, and the issues that are the most consequential relating to the plight of the middle class and our foreign policy are things that I have -- even my critics would acknowledge, I may not be right but I know a great deal about it," he added.

Biden said his family must now decide as a "unit" whether or not they're prepared for a run -- setting a decision time frame of the next six weeks to two months.

"I have two young grandchildren my son left who love me and adore me and want me around. I want to be there to take care of them, so we've got to figure out whether or not this is something we can all do as a family," he said. "We're going to make that decision in the next six weeks to two months, and that's the basis of the decision."

The moderator, Bruce Feiler, pointed out some of the potential liabilities of a Biden campaign, saying "He's too old. He signed, he cosponsored the crime bill. He was the chairman of the judiciary committee during the Anita Hill hearings, and he's out of touch in the era of Me Too. $1.5 million ain't gonna cut it anymore, you need $100 million. Who wants to wake up at 6 a.m. for the next two years and get insults from the President of the United States?...You're a gaffe machine. I could go on. Which of these scares you the most?"

"None of them," Biden said before moving on to defend some of those potential liabilities.

"I am a gaffe machine, but my God what a wonderful thing compared to a guy who can't tell the truth," he said. "I'm ready to litigate all those things, the question is what kind of nation are we becoming? What are we going to do? Who are we?"

"Whether or not I run, whoever runs, I'm going to break my neck to make sure they win," he said. "We can't have four more years."

Earlier in the night, Biden discussed some of the missteps of his 1988 presidential campaign, including accusations of plagiarism while he was in high school.

"It all came out in the wash -- I never did plagiarize, I never did -- and it all was proven that that never happened," Biden said.

However, in 1987, Biden acknowledged that he had plagiarized part of a law school paper.