Social media reacts to Eminem's performance at the Oscars 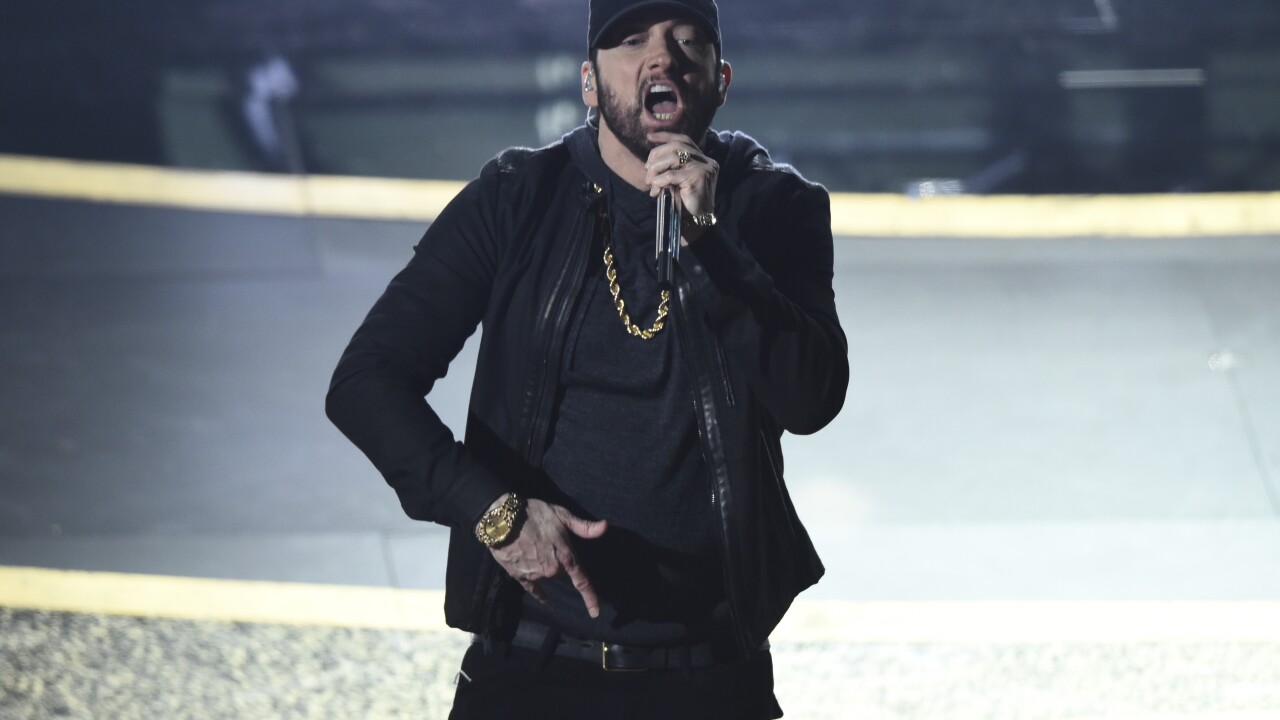 LOS ANGELES — On Sunday, during the 92nd annual Academy Awards, Grammy Award-winning rapper Eminem took the stage for a surprise live performance of his early 2000s single "Lose Yourself."

The song that appeared in the movie "8 Mile" won Eminem an Academy Award for best original song in 2003, but no one expected to see him on stage during the 2020 awards performing it — and social media sounded off. Many were excited to see the throwback performance, but some were caught off guard by the surprise act.

#BREAKING : Eminem just performed “Lose Yourself” at the #Oscars 🚨🚨 pic.twitter.com/igVkfXRY7p

Lose yourself. The #Oscars crowd gives @Eminem a standing ovation after the surprise performance of his Oscar-winning song from '8 Mile' https://t.co/GsTAC6owzz pic.twitter.com/JPAAkG1O0h

Here are all the audience reactions to Eminem’s surprise #Oscar performance... 😂😂 pic.twitter.com/zO4YFSGTkO

Everyone when #Eminem comes out during the #Oscars2020 pic.twitter.com/Y1o3w8oPaJ

Eminem performs lose yourself at the #oscars and this is what my mother has to say pic.twitter.com/q2f6bkTWwh

M&Ms are a primary sponsor of the Oscars and Eminem just happened to perform?? I am not suggesting anything.

My top 5 lingering questions about Eminem performing "Lose Yourself" from the film "8 Mile" at the 2020 #Oscars :

- but who asked?
- if this, what else?
- no?
- did they say anything?
- what is consciousness?
- are we just supposed to just keep going on like before?

This story was originally published by Camryn Justice on WEWS in Cleveland.