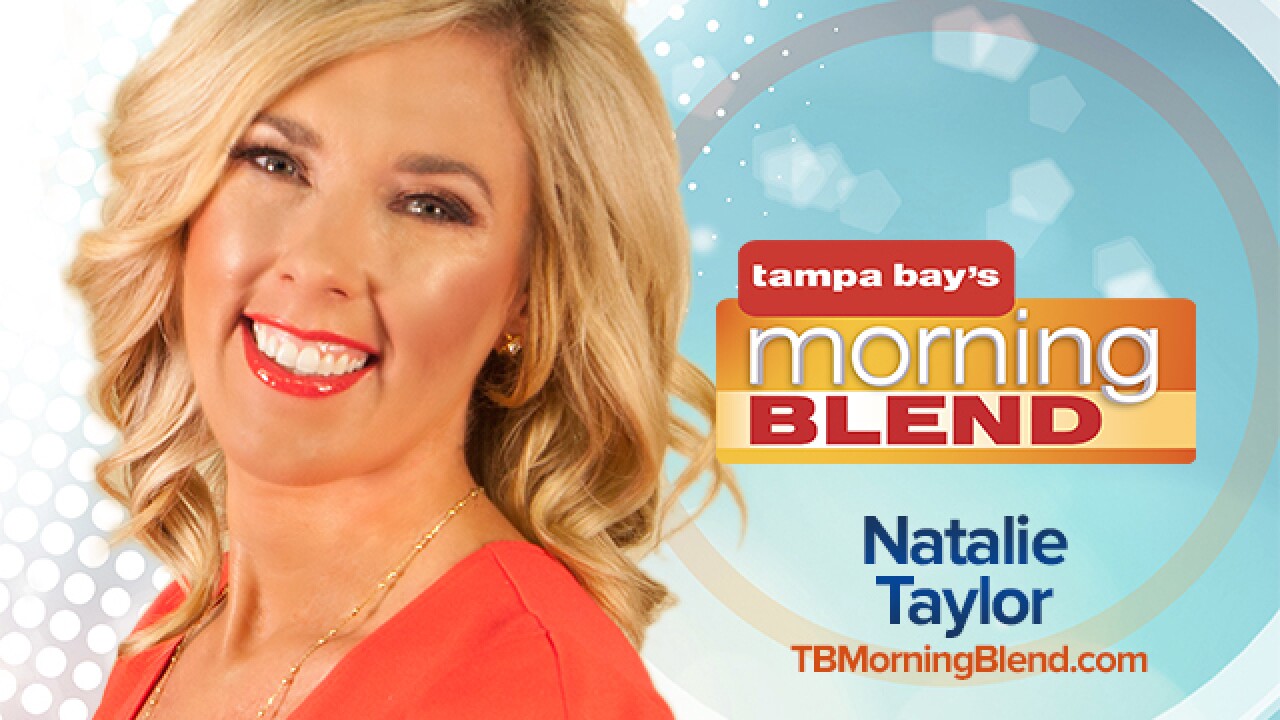 Broadcaster and philanthropist, Natalie Taylor is thrilled to be hosting “Tampa Bay’s Morning Blend”. You may have seen Natalie on TV as a sports broadcaster in her past, but her dream job has always been to host a lifestyle show so she couldn’t be any more excited. “I have always loved interviews and not having much time to do long interviews on the sidelines, this is the perfect opportunity to continue what I love but in a morning show format.”

The Ohio-native and Bowling Green State University grad, spent over a decade as a host, reporter and anchor for FOX Sports. Six of those years, Natalie was in Atlanta with FOX Sports South/SportSouth where she covered everything from collegiate sports, mainly the SEC, to NASCAR and the NHL. She's appeared on many other regional networks like FOX Sports Florida, FOX Sports Midwest, Comcast Sports Southeast and national networks like ESPN, HDNet, SPEED, Versus and most recently Tampa Bay based - HSN.

For two years in 2010, Natalie moved back to the Buckeye State as an Anchor and Reporter for the ABC and FOX affiliate in Columbus. She also got a taste of morning television as a personality for “Good Day Columbus”. During this time, Natalie met her husband, fellow broadcaster Walter Allen, and then joined FOX Sports Ohio to cover the NHL’s Columbus Blue Jackets. “While I spent most of my time on the sidelines, on collegiate campus, at the track or at the rink, hosting magazine shows for various teams was always my favorite assignment. I love being in-studio and getting to know our wonderful Morning Blend guests.”

For an ironic, twist of fate, Natalie and Walter chose to get married on Sanibel Island before they knew they’d be moving to Florida a few months later. Needless to say, the couple is ecstatic to call the Sunshine State home and happy that they were able to start their family here in Tampa Bay. Born late 2016, Natalie and Walter became parents to daughter, Alexandra.

Today, Natalie has become very involved in different charities around the Bay Area. She serves as board members of the Crohn's and Colitis Foundation of America as well as work with the Humane Society, support the Special Olympics, and many others.  “I want to continue to be as active as possible in the Bay Area and really enjoy making Tampa Bay my family’s home.”